On Sunday 17th December we had our final performance of the year at our annual Christmas concert, and had an opportunity to look back at the amazing year we've shared together. It's hard to believe we crammed so much in to just twelve months! 2017 has definitely been our biggest year yet, and we can't even begin to imagine how we'll top it ... but we can't wait to try!

Throughout the last year we've performed on some of the world's biggest stages and made incredible memories along the way. There's almost too many experiences to remember them all but here are some that stuck out ...

Opening The Ned with Gareth Malone alongside Tinie Tempah and Paloma Faith in April.

Joining the ACM Gospel Choir at the Royal Albert Hall for two nights in July.

Hosting our first official annual summer show - "Summer in the City" at The Scoop in July.

Joining Stormzy on stage for, not one but, two nights at this year's V Festival in August.

Performing with South Africa's "Star Choir" at the uplifting and inspiring "Star for Life" concert in October.

Becoming finalists in the Songs of Praise: Gospel Choir of the Year competition, watched by over two million BBC viewers in November and December.

And finally ... packing our beloved Central London church, The Advent Centre, with hundreds of audience members to share our last performance of the year - "What Christmas Means to Us" in December.

That's it from us for the year, as we're off to lie on the sofa and stuff our faces! But if you want to make some noise with us in the New Year, all you have to do is sign yourself up to a free taster session! All Spring 2018 term dates are now listed alongside our choirs right here on our website, simply click "Find Your Local Choir"

We can't wait to meet you!

We'll leave you with this little look back of 2017!

Rise Up for Dementia Action Week

Learning from the Best! Guest Workshop with the Mighty Michelle John!

From singing at stadiums, to the streets of London ... another week at Singology! 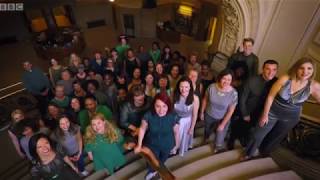 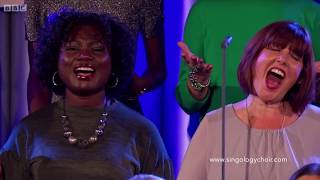 Songs of Praise: Gospel Choir of the Year 2017!